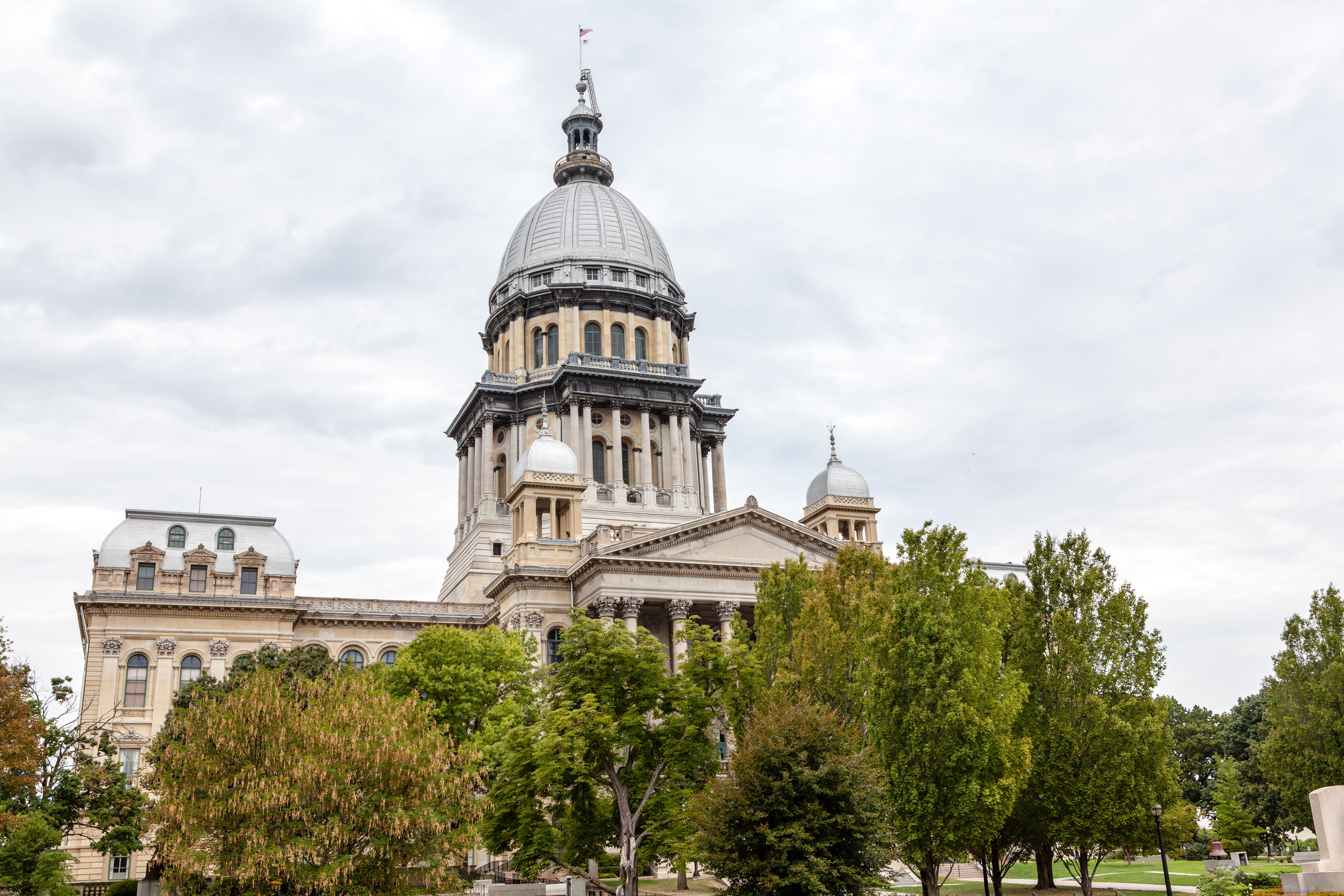 In a 72-45 vote, the Illinois’ Democrat-controlled House of Representatives passed a bill for the state’s fiscal 2018 budget which includes a $5 billion tax package. The two year standoff between the state’s Republican Governor, Bruce Rauner, and the Democratic-controlled legislator has plummeted the state’s credit rating to near junk status. But with unemployment down, housing prices stabilizing and economic growth up since the great recession, how did Illinois find itself on the brink of a fiscal collapse? In order to answer this question we need to take a brief look back in history.

From 2007 to 2010 annual revenue dropped by $2.5 billion dollars. Without the impact of the great recession revenue would have been $4.5 billion dollars greater in 2010, given a 2% annual growth in GDP. Couple this decrease in revenue with increasing budgets and you’ll find yourself with a fiscal nightmare.

Illinois is one of 9 states to have a flat tax rate so the impacts of the tax rate increase was significant. Personal income tax collected increased from $9.5 billion in 2010 to $18.3 billion in 2014.

According to the Commission on Government Forecasting and Accountability, during the fiscal years 1996 to 2016 unfunded pension liabilities grew 675 percent. The commission attributed the largest share of that growth to a shortfall in employer pension contributions.

As a general rule, healthy pension funds should have roughly 80 percent of future obligations on hand – many big pension funds in Illinois are in the sub 40 percent range. This lack of funding over the last two decades is causing retirement payouts to consume a larger part of the state’s overall budget. From 2011 to 2017 pension cost have risen from 9% to 21%, respectively, of the state’s total budget.

To offset this decline in revenue Rauner  puts forth proposed budget cuts that reduced funding for Medicaid and would reform state pensions.

For the fiscal years 2016 and 2017 the budget battle escalated even further. Illinois became the first state to fail to pass a budget for two consecutive fiscal years. In order to keep the sate running, legislators relied on court orders and stop gap measures.

On top of this, Illinois has seen an exodus of sorts with it’s state population actually declining in 2016. Although corporate and individual tax rates remained the same, revenues from these sources dropped by more than $3 billion in a single year.

The decline in population has been several years in the making with more and more people moving to warmer areas with lower cost of living and better job opportunities. According to a recent study, Illinois has the highest median property tax rate in the nation at 2.67 percent.

After failing to pass a budget for two fiscals years the Illinois House of Representatives passed a budget for the fiscal year 2018. In the budget is a $5 billion tax hike which includes raising individual tax rates from 3.75 percent to 4.95 percent and corporate tax rates from 5.25 percent to 7 percent. The bill is essentially a reversal of the automatic tax cuts in 2015.

The future fiscal outlook for Illinois looks grim. With increasing tax rates, decreasing population and increasing cost to sustain debt and pension benefits legislators will find it difficult to undo the mistakes of the past. The legislation still needs to make it past the Illinois Senate with a promised veto from the Governor.

Even if the legislation passes with a veto proof majority, the underlying structural and economic conditions remain the same. Only with a combination of economic growth, pension reform and a reversal of the declining population will legislators be able to  mend Illinois fiscal burdens.