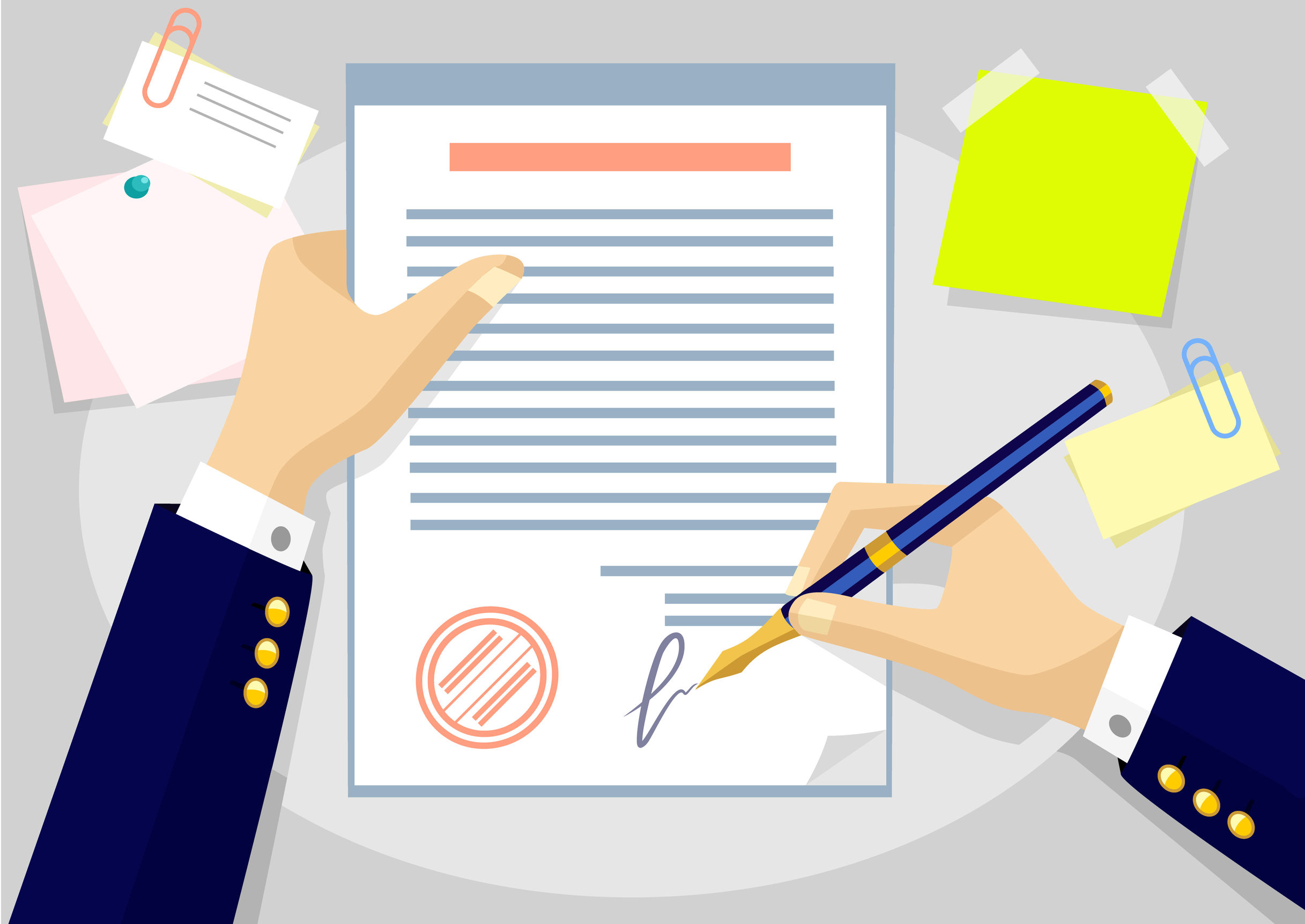 Chapter 6 of REG is all about contracts – formation, performance, discharge, breach, and remedies. For today’s lesson we will be discussing the formation of a contract. Here are today’s learning outcomes.

What is a Contract

Contracts are agreements between parties that are enforceable in court. They can be agreements to buy/sell, perform a service, or to refrain from doing something.

Unilateral Contracts – Only one party has a legal obligation to uphold the terms of the contract.

Bilateral Contracts – More common than a unilateral contract. Both parties have a legal obligation to uphold the terms of the contract.

A contract can be either an express contract or an implied contract.

Implied Contract – Even though a written or an oral agreement doesn’t exist, you can imply that a contract exists based on the actions of both parties. A contract can still exist even when one party doesn’t actively agree to the terms of the contract. The courts will uphold implied contracts so that one party won’t be unfairly enriched.

Express Contract – Both parties come together and agree to the terms of the contract.

A contract can be either valid, void, or voidable.

Valid – Can be upheld in court.

Void – Won’t be upheld in court.

Voidable – Can be voided by one party. Usually this happens when there is a material mistake, misstatement, or fraud from one of the parties. The other party may choose to void the contract or affirm the contract.

Elements of a Contract

In order for a contract to exist you need to meet certain elements. So before you can identify the type of contract you must first determine if a contract actually exist.